Spring 2021: What you need to know about the current economic situation.
Arnaud Franco, Economist 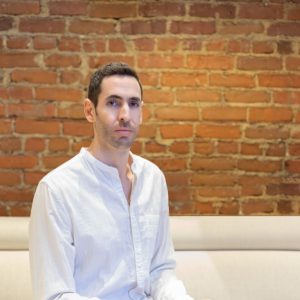 Arnaud Franco was born in the US, and grew up overseas, mostly on the African continent. His father was a Resident Representative for the International Monetary Fund (IMF). His family moved around various African countries with this work. His father’s economic discipline was contagious, and both Arnaud and his brother eventually followed in his footsteps. Both work as economists in Montréal.

I’ve been a Montréaler since 2001, when I emigrated to pursue my education in economics, first at Concordia University, and then Université de Montréal, where I graduated with an MSc in Economic Sciences, with a specialization in industrial organization.
I’m now a partner at Numera Analytics, a Montréal-based economic think-tank, which has a specific focus on the forest products sector. My job as Director, is to be a trusted objective voice in the global pulp and paper community. I provide insights to all levels of the industry: Producers, consumers, end-users, researchers, and financial analysts. I provide analysis and guidance to help them to make smart, well informed, business decisions. The forest products sector is a global market, especially as concerns my area of expertise: Market pulp.
Market pulp is the raw material used to produce the bulk of the world’s paper, and is an important fundamental in tissue and hygiene products production. This means market pulp is a commodity, much like copper, iron ore, oil, etc. Understanding the economic landscape is key, especially after external shocks like the one to which we are currently adapting. If we recall the irrational rush to secure toilet paper when the first lockdown hit in March 2020;
This was a major external shock to the tissue and hygiene papers supply chain, which economists were instrumental in cushioning through prediction, and/or reaction.

Covid has rocked the world’s economic fundamentals. The contraction in economic activity, weighted on the demand side, but also affecting supply chains in early moments, was the worst the world has seen since the era of the Great Depression. Lockdowns, and stay-at-home measures, caused unemployment to spike, as the service sector almost disappeared in much of the world. Most major governments reacted swiftly, with stimulus, which helped put money in people’s pockets, bolstering consumer activity, and bridging gaps in basic needs. The aggressive measures have helped along the global economies’ recoveries better than most forecasts expected (even mine). Despite a strong second wave, the feeling is relatively optimistic. The recovery, however, will be unequal, with certain countries faring much better than others, dependent on some measure of luck and preexisting conditions, but largely dictated by a combination of stimulus and safety measures’ aggression.
Those with large service sectors like France, or Italy, will face stronger headwinds as global tourism is sluggish to recover.

The first half of 2021 is expected to be difficult, and even the second half rests largely on a successful rollout of vaccines in order to keep people moving and spending money.

The Canadian economy has fared better than most, and this factors in a decline of about 5% in economic activity in 2020. The government took a proactive role in providing relief for those whose jobs had been curtailed by the pandemic, increasing public debt at both the provincial and federal levels. This was done through a number of mechanisms.
The policy interest rate has been cut down to 0.25%, and the Bank of Canada (BoC) has firmly stated that it will remain no higher until the economic recovery is well underway. This allows households to borrow at a lower cost to finance home renovations, or large purchases.

Household balance sheets are in relatively good shape, as savings rates increased over the pandemic, especially with travel bans keeping people spending within the Canadian economy. While this works well in the short term, to keep long-term interest rates down, the BoC uses quantitative easing, or QE. This is when the central bank buys back a large number of government bonds, usually held by financial institutions, which drives up their price, and keeps bond yields low. If yields, or interest rates, of Government of Canada bonds are kept low, it encourages the financial sector to offer lower rates for long-term loans. This is a boon to households, especially those looking to buy property.
One of the consequences of QE, however, can be inflation, and the BoC’s mandate is to maintain price stability.
Fortunately, the consumer price index (CPI) is below the target rate of 2%, which makes QE an effective tool to fight on two fronts. Some argue that the rate of QE is currently too high. On a comparative basis, the BoC is pursuing QE at six times the rate of the US. Critics contend that QE worsens economic inequality by propping up asset prices that only certain wage classes can afford, with property being a good example. The mechanism also fails to help lower income households, which are more likely to rent than own, and who lack the ability to finance short-term debt.

Property prices in Canada have been on a hot streak. Prices were 8.3% higher in the third quarter of 2020. The Canadian real estate market has outpaced every other G7 nation since the Great Recession of 2008.
This is expected to continue, with some caveats that the national market could be inflated. This attractive market condition is especially true in Montréal, where inventory of available properties is low, and there is significant pent-up demand in the system. Another interesting development is that the pandemic has pushed those who could work from home to do so, and it’s likely to result in a permanent increase in home offices, even after the pandemic fades. This has contributed to the strong increase in home prices surrounding the city, as telecommuters look for larger, calmer spaces.
This means any sort of strong correction in real estate prices is unlikely, even after interest rates start to rise again, which could take a while.

Interest rates have been on a long-term decline since the 1980s, and there’s no indication to suggest that it won’t remain that way. In any case, the BoC has made it clear that they plan to continue their QE policy, much like the US and the Eurozone have, which means they don’t believe that inflation will be a short-term problem. This will keep long-term rates low, likely meaning more and more new buyers in a property market that is already in short supply.
So, I expect house prices will keep going strong for the foreseeable future.