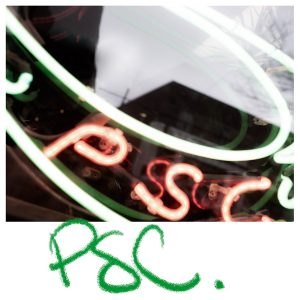 PSC’s history runs deep; in part, it runs through the “Pointe” of a tattoo motor. The continuity of the Pointe-Saint-Charles neighbourhood is part of the continuity of Canada, and of North America. One of the longest standing, if not the longest standing, tattoo shops in North America is PSC TATTOO. We recently met up with Dave Cummings, the owner and artist, following in the steps of the legendary Tony D’Anessa, who handed the shop off to him some years back. We talk about history, and planning, in the neighbourhood.

PSC TATTOO, and the artists working together to make it the “eat where the chefs eat” of ink, has honored and carried forward a blend of naval/scrimshaw and Japanese styles. This is a shop where more than a few clients are linked across two generations by tattoos set in by this shop. Parent, and child (grown), wearing their shared time in this shop’s classic vinyl furniture. As the Pointe-Saint-Charles neighbourhood grows and develops, and as lives get longer and more full, Dave, hopes he’ll get to see a third generation come to PSC TATTOO for their continuity.

This shop has been witness to the growth and change of Pointe-Saint-Charles, and has been on the ride for what was once a semi-taboo sub-culture, and is now a sought-afterform of personal expression, and personal art collection. Somehow, as we speak to Dave, the man with the machine, we hear him advocate that his second passion, skateboarding, is in need of more defense, even, than the now ubiquitous tattoo. He recalls how keeping out of trouble was “trouble”, in his younger days.

Without skateparks, and other infrastructure of their ilk, being out in a neighbourhood, and out of trouble or malaise, meant scraping knees, and scraping up railings in front of buildings that weren’t obviously connected to, or concerned with, the wellbeing of young guys (and a few girls) who didn’t feel meaningfully integrated with their communities, in the ‘eighties, and ‘nineties. Having grown up, and engaged with society, as society engaged with them a little more, members of this sub-culture found themselves stakeholders. Small business. Education. Tech. Government. Etcetera.

The “lost youth” may feel just as out of the mainstream (almost). The reality is they are actively engaged in making their city, and their neighbourhoods into a place with new colours, and characters. They are some of the strongest contributors to the rich mix that has brought about such impressive growth and change.

Not just sailors. They’re the grown ups who, maybe, know a few of the things we might want to provide to the kids who’ll keep moving forward with what entrepreneurs and families are building, in Pointe-Saint-Charles today.